Former Pesident, Cde R.G Mugabe to be buried in Zvimba

Posted by Samkeliso Ncube on September 27, 2019 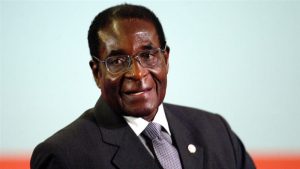 The former President, Cde  R. G Mugabe will now be buried in Zvimba  at the insistence of his family.

In a statement, Secretary for Information, Publicity and Broadcasting Services Mr Nick Mangwana said the Government was committed to respecting the wishes of the deceased’s family and it will render all the necessary support to give the late founding father of Zimbabwe a fitting burial .

““The family of the late former President R. G Mugabe has expressed its desire to proceed with his burial in Zvimba. In line with Government policy to respect the wishes of families of deceased heroes, Government is cooperating with the Mugabe family in their new position,” he said.

The late former President who died at the age of 95 on the 6th of September 2019 and  declared a national hero was supposed to be buried at the National Heroes Acre in Harare in a mausoleum which is still under construction.