TEENAGER NABBED AFTER TRYING TO SELL STOLEN PROPERTY TO DETECTIVES

Posted by Samkeliso Ncube on September 2, 2019 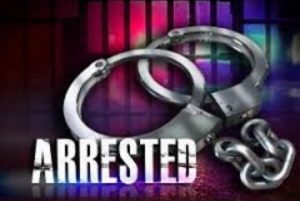 Peacemaker Mambudu of Mutsvange village, aged 19 has been arrested by the Zimbabwe Republic Police Criminal Investigation Department (CID) Masvingo, he was arrested arrested for seven cases of Unlawful Entry into premises and Theft.

Mambudu was found selling a number of cellphones and interviews revealed that the suspect had acquired the cell phones through breaking into homes targeting mostly Victoria Ranch residents.

Further investigations revealed that the suspect would monitor his potential victims as they leave their respective homes. Satisfied that his victims are away, the suspect would then use an axe to break into the houses where he targeted mostly cellphones, electrical gadgets and groceries.

The Zimbabwe Republic Police has warned the public against buying second-hand goods without first applying due diligence as they risk being arrested for receiving stolen property. The public is also urge the public to ensure that they up security measures at their houses.