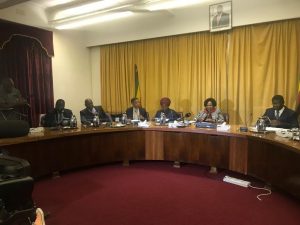 Cabinet has withdrawn section 40  in the Marriages Amendment Bill that provided for “civil partnership” saying such a union was alien and not consistent with the country’s cultural and Christian values.
Section 40 of Marriages Amendment Bill provided as follows: “A relationship between a man and a woman who—(a) are both over the age of eighteen years; and (b) have lived together without legally being married to each other; and (c) are not within the degrees of affinity or consanguinity as provided in section 7; and (d) having regard to all the circumstances of their relationship, have a relationship as a couple living together on a genuine domestic basis;
Prev Next