GZU strives to be leading centre of journalism training in Zim 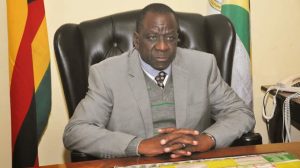 Great Zimbabwe University’s (GZU) profile continues to scale new heights with the institution close to concluding a historic agreement with the country’s state broadcaster ZBC to connect the university’s campus radio station live on its channels.

The landmark deal is part of GZU’s efforts to position itself as a leading broadcast journalism training institution in Zimbabwe.

GZU will this week sign a Memorandum of Understanding (MOU) with ZBC for the university’s to go live on the national broadcaster’s channels.

GZU campus radio last week went on air on ZBC’s Classic 263 station with the university’s media studies students manning the station in a development that earned plaudits from various stakeholders.

He said their new relationship with ZBC would revolutionarise journalism training at the university.

“The GZU campus radio run by students is the first in the country to broadcast live on air riding on ZBC’s Classic 263 as we wait for our own licence. The pilot programme aired on ZBC was more than perfect as stakeholders from all over the country were calling thanking GZU for showing leadership in journalism and broadcasting training,” he said.

During the pilot live broadcasting programme, the Dean of Simon Muzenda School of Arts and Heritage Studies Mr Nicholas Mutami and Mr Maunganidze unpacked their university’s target to be the centre of excellence in broadcasting training in the country.

Mr Maunganidze said their radio station was non-commercial and would enhance inter-campus communication at the institution which also successfully pioneered the multi-campus system under the stewardship of the Vice Chancellor Professor Rungano Zvobgo.

“We are responding to the needs of the industry (media), the radio studios have helped us to reduce the gap between the lecture room and the actual news room which enables our graduates to hit the ground running upon graduation.

‘‘I am proud to say that with the state of the art equipment that we have, journalism training will never be the same again at GZU,” said Mr Maunganidze.

The station, added the GZU Campus Radio director will focus mainly on educative programmes with lecturers expected to give live lectures that will also benefit the community.

The radio station will be very handy in inter-campus communication with GZU having campuses scattered to far afield such as Chiredzi and Chivi as part of the institution’s multi-campus system.

GZU’s profile continues to grow in leaps and bounds and is also home to the famed Hebert Chitepo Law School which broke records at the International Moot Court competitions held in the US recently.

The institution will soon start medical training with a school to train doctors currently under construction near the Masvingo-Mashava road.