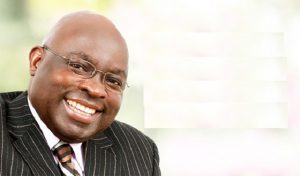 The Coalition Against Sanctions [Zimbabwe] a civil society group that is made up of church organizations and allied affiliates held a leadership seminar at which a number of matters of great concern to them and indeed national interest were raised.

The Seminar was attended by the Leadership of the Zimbabwe Amalgamated Council of Churches[ ZACC], Coalition Against Sanctions [Zimbabwe] CAS [Z], from provincial to national level respectively led by the ZAAC Patron and CAS (Z) Chairman,Cde Jimaya Muduvuri and the Secretary General Dr Davison Todson. Gomo including the leadership from the Trade Union [ZFTU], War Veterans, War Collaborators, Women’s groups, SMEs, the Disabled etc.

In summary the workshop resolved as follows:
-That the illegal sanctions imposed on the country by its detractors are hurting and hampering efforts in the Second Republic to revive the economy and improve people’s livelihoods as espoused by His Excellency President E.D Mnangagwa’s Vision 2030. The illegal sanctions  are not targeted as claimed as they clearly damage the image and reputation of the Zimbabwe . They raise the political risk of the country that  destroys the competitive base of the economy thus removing the potential of a quick recovery.
-Although those who imposed sanctions on Zimbabwe deny it, society has been shuttered by the same as families have disintegrated and ordinary citizens continue to feel the brunt of these ruinous weapons of economic warfare on Zimbabwe.  The family unit and social fabric is tattered resulting in the increase of wayward behavior in society.
-The meeting observed and was concerned that women, girls, children and other vulnerable groups have been and continue to be major victims. It is amazing that the countries that are on the forefront of promoting democracy and the rule of law are prepared to violate the individual, social, cultural, economic, cultural and political rights of our citizens in pursuit of their own interests
-The Coalition Against Sanctions [Zimbabwe] fully recognises that women are the most vulnerable to the evil sanctions, yet it is also true they can play a significant role in sanctions busting if well mobilized and organized for economic empowerment programs across the country to reduce the country’s dependence on goods that can be produced local. Women if properly supported can produce a lot of products that can be consumed locally thus reducing the import bill very significantly.

The CAS (Z) salutes President Emmerson Mnangagwa for his Government’s commitment to achieve sustainable gender equality.  Zimbabwe is the first country in the region to have Women and Youth Banks. His Government has the biggest number of female Ministers since independence in 1980.
-Women should and must understand that their unqualified participation in the fight for the removal of sanctions is not an option because sanctions stand in the way of development.

-Businesses, both macro and micro have been hard hit by the sanctions as production capacity remains suppressed. Up until now, business be it formal or informal has not been vigorous and consistent in its fight against sanctions. It is time they realise that political correctness that blinds them from seeing sanctions for what they are will hurt them more. Sanctions kill business pure and simple.

Religious  organizations have not been spared and it was unanimously agreed that the Church as an integral part of society must play  a crucial role to play in calling for the unconditional removal of all forms of sanctions. ZACC has taken a lead and will fight to the bitter end to end the punitive sanctions

-The Seminar recognise that Diasporans are critical human capital and important in the country’s development matrix.  Government is urged to engage them more and more both at the political and economic levels.  We applaud Government efforts in this regard, but more still needs to be done to harness progressive Zimbabweans in the fight against sanctions.
-The meeting condemned in the strongest possible terms the illicit financial flows and money laundering practices by cartels behind the parallel market which has resulted in sharp price increases and distortions affecting innocent citizens.  The meeting noted with concern that these are weapons of the enemies of progress bent on inciting people to rise against their government.

Government was urged to deal ruthlessly with criminals and restore order in the banking and financial services sector and in the wider economy. The dealers and drivers of the foreign currency black market must not be allowed to destabilize the government and society and Government must move to protect the country from these unethical practices
-It was also resolved that Zimbabwe must have its own currency in order to protect citizens from greedy business people who are promoting corruption and economic and social mayhem.
-The Seminar noted with concern the reluctance of some political parties to participate in the National Dialogue process and the inability by some political groups to appreciate that sanctions are indiscriminate and hurt the ordinary person regardless of political affiliation.

Unless designed to cause unrest, economic sanctions have no real value to citizens instead they diminish the country’s sovereign rights and its ability to make policies that are in its best interest.
– The seminar would like to congratulate The President Emmerson Mnangagwa  and his Government on the National Dialogue progress. No nation can go forward on the basis of perennial confrontation.

We believe that Government must work on plans to include progressive civil society on the Negotiation Forum. Maybe it should be renamed National Negotiation Forum so that citizens can be represented by civil society in this process.
-Citizenship and civic responsibilities. – it is crucial that citizens play their part responsibly in “helping” their Government to deliver services to them.  We applaud the President for introducing the Clean up Campaign and many other initiatives that benefit the public.
– The experiences learnt and gleaned from Cyclone Idah suggests that Disaster risk management must be enhanced and adequately funded to avoid loss of life and damage to public infrastructure.
– It is now clear beyond doubt that Environmental sustainability must be prioritized as climate change effects become more and more real.