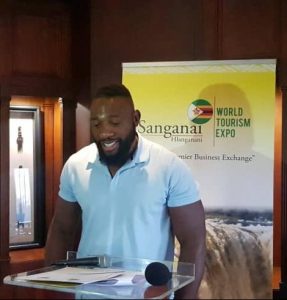 This will help the Zimbabwe Tourism Authority to increase tourism traffic into destination Zimbabwe, as the country aims to lure three million visitors by end of year 2019, having received 2,5 million visitors in 2018.

“The concept of Tourism Brand Ambassadors is widely used as a tool for promoting many destinations across the globe,” Said the Minister of Environment, Tourism and Hospitality Industry, Hon. Priscah Mupfumira.

Mtakawira is the first black Springbok to play 100 Tests and even eclipsed Adriaan Strauss as South Africa’s most capped Super Rugby player.

“Given all his fame on the global rugby arena, he has remained grounded. His humility is worth admiring and his involvement with two major charities here in Zimbabwe, both committed to helping children in school and sport has earned himself the status of philanthropist. His love for Zimbabwe shines through his dedication and hard work, and above all leading by example on whatever he does in his life,” Said the Acting Chief Executive of the Zimbabwe Tourism Authority Rita Likukuma