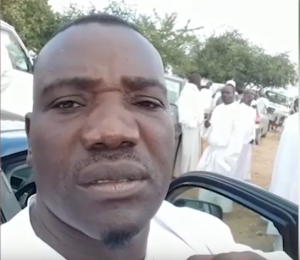 Jonathan Siasitumuzira, a self-styled Apostolic prophet from Chinhoyi has released an album of sungura music which is said to be incompatible with christianity.

In an interview with Zimbabwe Broadcasting Corporation Madzibaba Gina  said music is a calling just like his prophetic mission.